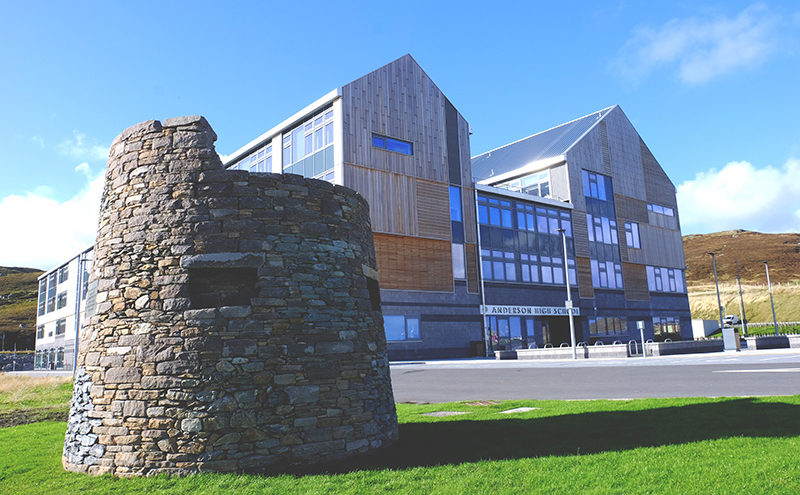 THE new Anderson High School and Halls of Residence in Lerwick has been officially opened by Deputy First Minister and Cabinet Secretary for Education and Skills John Swinney.

The five-storey school features over 300 rooms and has capacity for 1,180 pupils. The new halls of residence have capacity for 100 residents and provide accommodation for pupils from the outer isles of Shetland.

Construction got underway in 2015, with staff and pupils moving in to the new school two years later. The project was completed on schedule and continues to be the largest standalone schools project across the whole of Galliford Try, the contractor said.

As part of the ceremony, the Deputy First Minister unveiled a plaque placed in a 2.7-metre high commemorative cairn outside the school, which also incorporates the original foundation stone.

Donald Mclachlan, managing director of building Highland at Morrison Construction commented, “It was wonderful to have the Deputy First Minister visit the new Anderson High School and Halls of Residence and meet pupils and teachers who have been enjoying the state-of-the-art facilities since moving in last year.

“We are very proud to have delivered this project that directly benefitted the community by supporting eight apprentices, three graduates and creating 60 new local jobs during construction.”