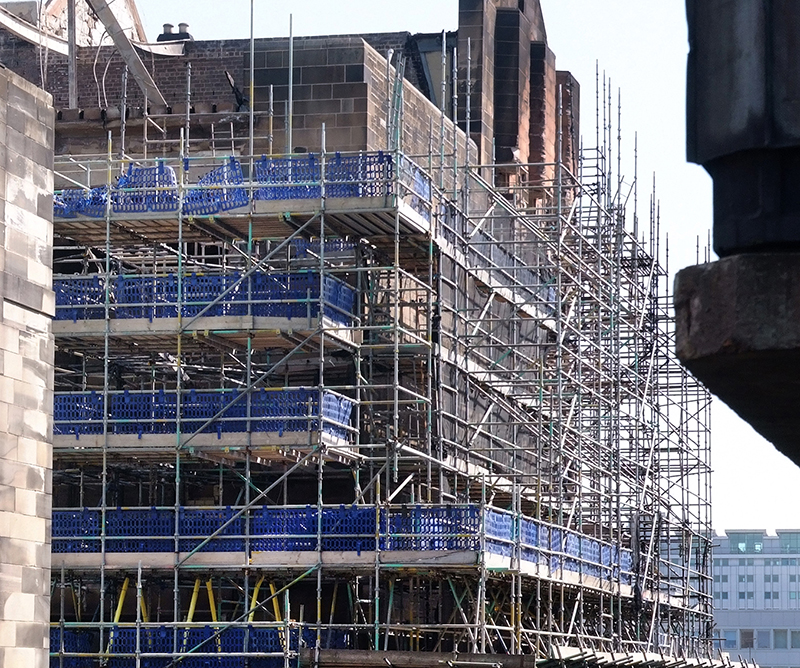 WORK to begin dismantling the south façade of the fire-hit Glasgow School of Art’s Mackintosh Building will start “as soon as possible”, a statement from the educational institution has confirmed.

The Glasgow School of Art said its structural engineers, David Narro Associates, and contractor, Reigart, have prepared the methodology for the work which needs to be undertaken, and shared it with Glasgow City Council Building Control and Historic Environment Scotland.

The statement added, “Over the weekend work to assess the condition of the Mackintosh Building continued with further drone footage collected. Meanwhile, preparation work for the managed dismantling of the elements of the building that have been deemed dangerous got underway, on schedule, today (Monday July 2).

“The main crane has been relocated to the corner of Sauchiehall Street and Dalhousie Street, and a second crane is expected to join it tomorrow (Tuesday July 3). The work to begin dismantling the south façade will start as soon as possible following approval of the methodology by Glasgow City Council Building Control.

“The cordon for the whole site, which includes the O2 ABC and Jumping Jacks, remains under the control of Glasgow City Council.”