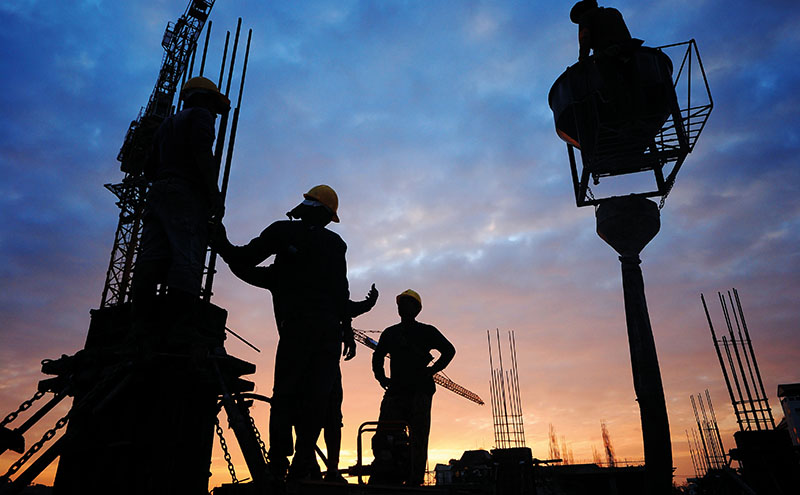 EMPLOYERS are expressing growing concerns about rising labour costs in the face of Brexit, the latest Scottish Construction Monitor has shown.

The quarterly survey of the membership of the Scottish Building Federation said 57% of building contractors surveyed were concerned that the process of the UK leaving the European Union would drive up labour costs in Scottish construction over the next five years, while a further 14% said they were unsure of what impact Brexit would have.

26% of respondents predicted that the Brexit process would have no impact on Scottish labour costs.

Employers responding to the survey were asked to rate how confident they feel about their business prospects for the next 12 months, compared to the last year. This quarter, industry confidence dropped from MINUS 3 to MINUS 6. This three-point drop is the third survey period in a row that industry confidence has been rated negative.

Commenting on the results, Scottish Building Federation managing director, Vaughn Hart, said, “One key impact of the Brexit process for Scottish construction employers will certainly be the availability of skills and labour from other EU member states – and related to this, future labour costs. With only around 4% of the workforce coming from other EU member states the Scottish industry is less directly exposed to this impact than other regions of the UK, particularly London, where around half of the local construction workforce is made up of non-UK EU nationals.

“However, the indirect impact on labour costs within the Scottish industry could be much more considerable. An exodus of EU nationals from London’s construction sector could be a significant drain on the availability of labour and skills here in Scotland as more Scottish workers relocate to take advantage of job opportunities down south.”

He added, “In that context, I think our members are rightly concerned that the Brexit process could drive up labour costs for them over the next five years. Combined with declining industry output across the UK, it’s therefore also unsurprising that general confidence amongst employers about the future outlook for the industry remains weak.”