THE Specialist Engineering Contractors’ (SEC) Group said it is optimistic that the issue of cash retentions in the construction industry will be “properly debated” in parliament, ahead of the first reading of the Construction (Retention Deposit Schemes) Bill in the House of Commons.

The Bill is being introduced by Conservative MP Peter Aldous and has attracted cross-party support in the form of 11 sponsors.

SNP MP Alan Brown introduced a Private Member’s Bill to protect cash retentions in April last year, but this was lost due to the calling of the snap General Election.

The SEC Group, which represents the largest sector in UK construction (by value), described this as the latest stage in a long-running campaign to tackle the “abuse” associated with the practice of cash retentions in the construction industry.

SEC Group CEO, Professor Rudi Klein, revealed the Parliamentary campaign began over 15 years ago with the (then) Trade and Industry Committee in the House of Commons being persuaded to launch an inquiry into the practice. The Committee declared the practice to be “unfair” and “outdated”.

Professor Klein said, “We now believe that this latest Private Member’s Bill has a good chance of being properly debated given the extent of cross-party support for the Bill. We must succeed because the industry is losing almost £1 million worth of retentions each working day because of insolvencies. This does not take account of the millions of pounds lost by way of the costs associated with waiting years for the release of the monies and chasing up the monies.” 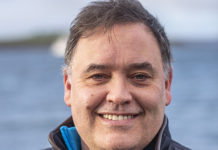