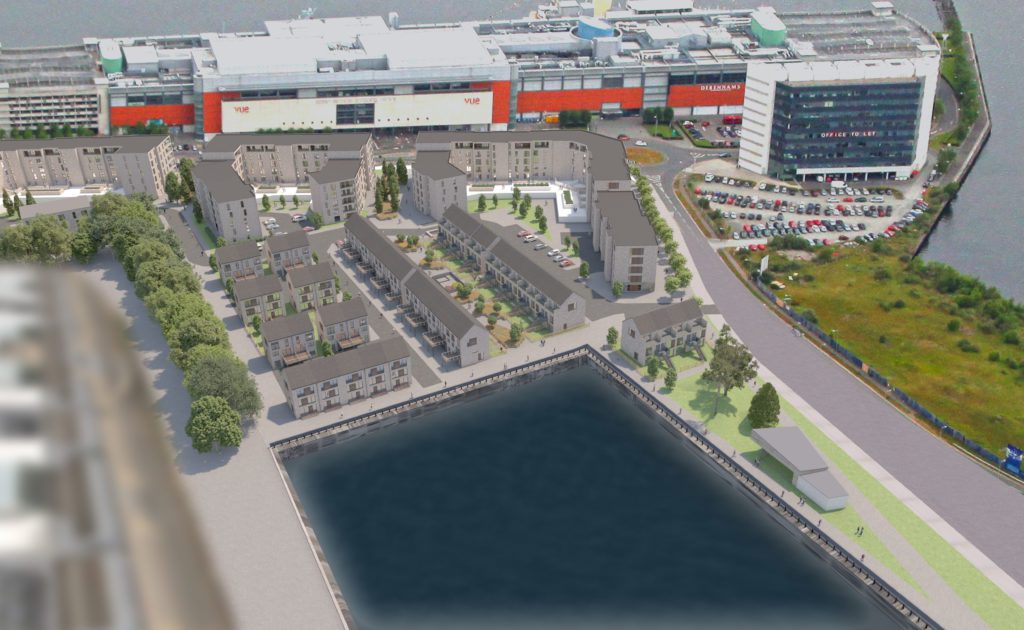 PROPOSALS to build a new housing development on disused land opposite Leith’s Ocean Terminal have been approved.

Councillors voted unanimously in favour of the new 388-home Waterfront Plaza development in a recent hearing at the City of Edinburgh Council Development Sub-Committee.

In the week leading up to the hearing, a joint-letter was issued by backers including Port of Leith Housing Association, Leith Chamber of Commerce and Ocean Terminal. The letter “strongly urged” support for the residential-led proposals, citing the “urgent need for new private and affordable homes and the huge potential boost to the local economy”.

Craig Lynes, land director at CALA Homes (East) commented, “We are thrilled to have received the backing of Councillors who recognised the importance of bringing much needed new homes to the area.

“This derelict site is well-known to local people and we hope to ensure that our plans bring a notable boost to the local economy and contribute to a vibrant community.

“We’ve also worked closely with the community and leading local figures to ensure that the commercial units the site will create are in keeping with demand – bringing opportunities designed around Leith’s leading creative industries.”