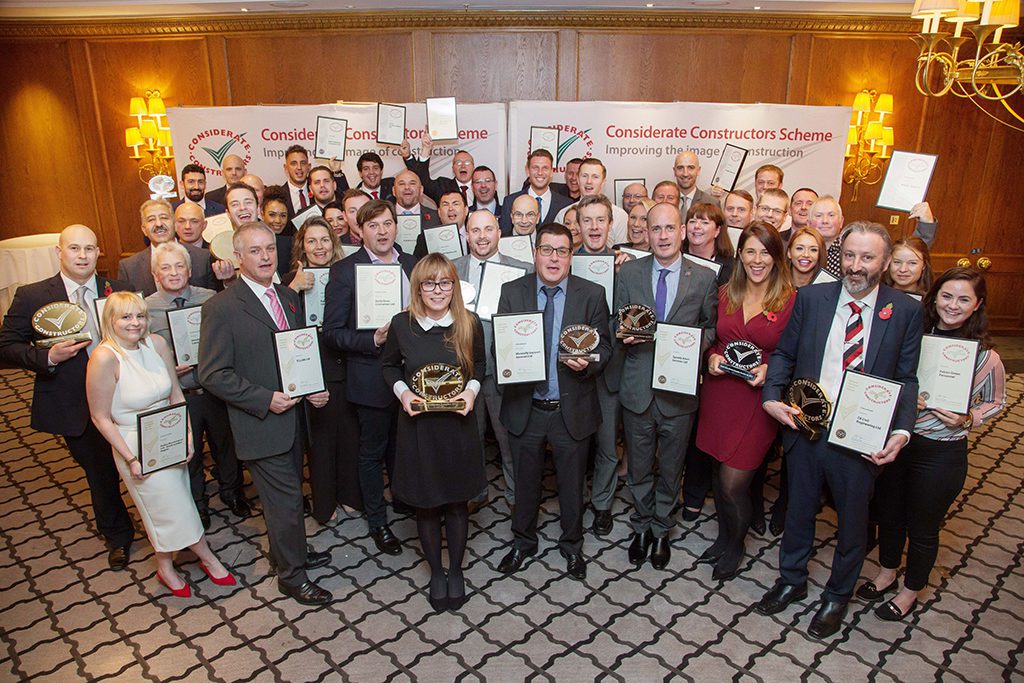 The national scheme was established by the construction industry in a bid to improve its image, with the awards honouring “the highest performing companies and suppliers which have demonstrated excellence in relation to the community, the environment and their workforce”.

CR Civil Engineering works throughout the UK, carrying out construction services including highways, rail and flood defence projects. The scheme recognised the firm’s focus on “minimising community disturbance” and “goodwill and charitable acts”.

Elev8 Interiors specialises in building refurbishments, residential, commercial work and construction management consultancy services and was recognised for its “relentless commitment to pushing the bar in considerate construction”.

Clearly Innovations specialises in residential refurbishments, renovations and alterations in London and the southern counties. The company was highly commended for its “innovative approach to branding”.

Devon-headquartered TCI (GB) scooped the gong for ‘Most Considerate Supplier 2017’ – the second registered supplier to win the title since supplier registration was introduced in 2014. The company was praised for its “innovative collaboration” with a local furniture manufacturer to produce cardboard workstations as part of an integrated waste management initiative.

A total of 22 Gold, 37 Silver and 55 Bronze Awards were presented to registered companies, while 3 Gold and 5 Silver Awards went to registered suppliers. The awards took place across two nights at the Four Seasons Hotel in London.

Considerate Constructors Scheme executive chairman Isabel Martinson commented, “Each year, the scheme is amazed by the increasingly innovative and ingenious ways that companies and suppliers devise to elevate their levels of consideration to the community, workforce and environment.

“On behalf of the scheme, I would like to offer huge congratulations to all of this year’s award winners who have worked extremely hard to raise standards of consideration, both within their own organisations and for the good of the entire industry.

“We look forward to continuing to work with the industry to raise standards in considerate construction to an even higher level.”