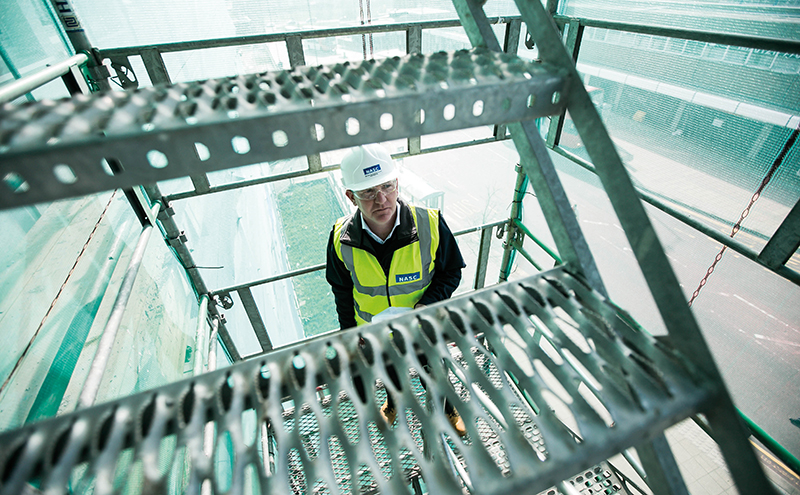 The organisation said the update includes a number of “enhancements” and is available as a free upgrade to registered users of the TG20:13 eGuide on Windows, Mac and Android computers and devices.

NASC described the principal features of the software upgrade as:

• Automatic site reference. The site reference displayed on the TG20 compliance sheet now automatically defaults to the address for the location selected on the wind map screen.

• Checking a compliance sheet. A new option indicates that a suitable person has checked that appropriate data input options have been selected in the TG20 eGuide when generating the compliance sheet, for integration with temporary works management processes.

• Reporting the permitted seasons. The TG20 compliance sheet now specifies the season(s) during which the scaffold will be standing, either ‘during any season’ or ‘during the spring and summer’ depending on the option selected for the compliance sheet.

• Company logo. A company logo may now be added to personalise the compliance sheet header.

• Build UK support. NASC revealed the continued support of TG20:13 by Build UK, whose logo is now included on the header of compliance sheets.

Rob Lynch, chair of NASC TG20 Working Group and CEO pf Lyndon Scaffolding said, “The NASC has worked closely with CADS to develop this latest upgrade. Feedback from the industry-wide consultation in 2016 was carefully analysed. Version 1.2 represents a significant enhancement.”

NASC managing director Robin James added, “Few can have imagined the penetration which TG20:13 has achieve since launch in 2014. More than 2,000 copies of the eGuide have now been issued by NASC. The TG20 working group will continue to refine and develop this widely-adopted and increasingly iconic product to meet the needs of the temporary works sector.”

Meanwhile, NASC has also announced that all of the organisation’s health and safety and technical guidance titles, with the exception of pocket guides and the TG20 publications, will be available to download free of charge from its website.

NASC publishes a wide range of industry guidance titles, copies of which have always been available to buy in hard copy format. Until now, free downloads were restricted to NASC member companies only, with the exception of SG4:15 Preventing Falls in Scaffolding Operations. NASC president Alan Lilley explained, “By continuing to refine and develop new and existing guidance titles the NASC recognises its responsibility to raise industry standards, not just for its membership, but for the scaffolding industry and the construction sector as a whole.”