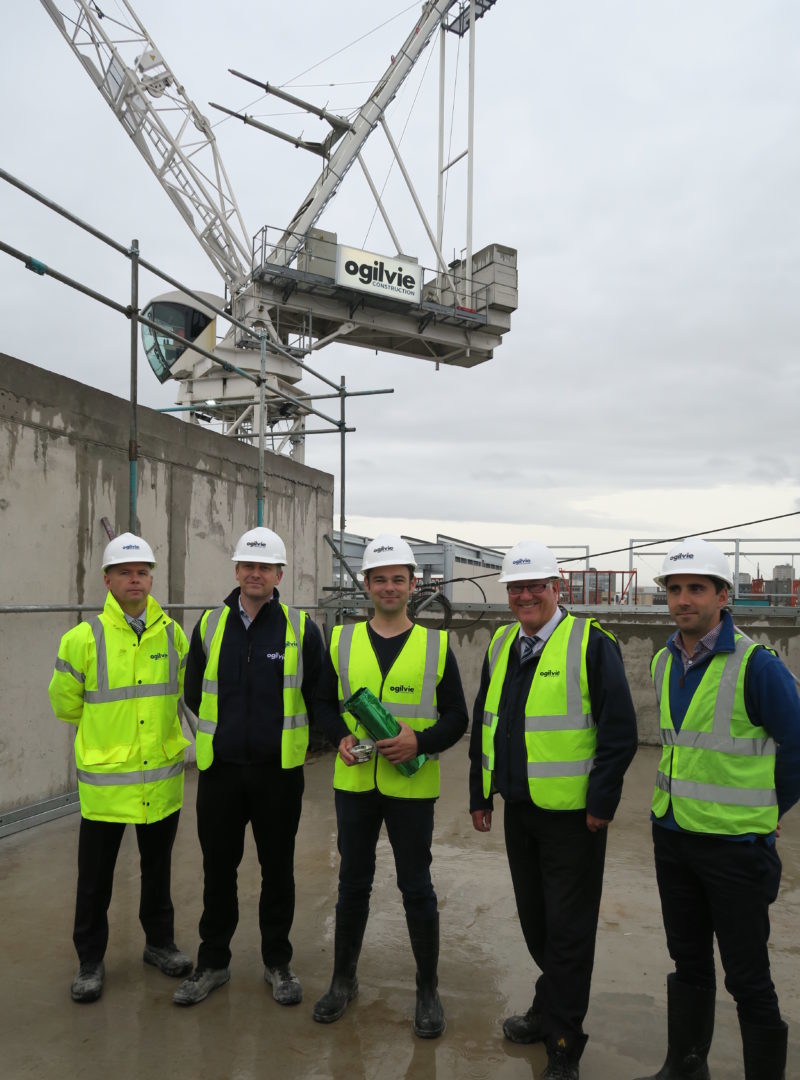 A topping out ceremony has been held to mark a major milestone in the construction of a new £22 million hotel in Glasgow.
Ogilvie Construction announced the completion of the roof deck and concrete frame at the hotel for Motel One Group in the city’s Oswald Street.
The hotel, which is due to open next year, will feature 374 rooms, making it one of the largest in Scotland.
Bob Gray, construction director at Ogilvie Construction said, “We are delighted to have reached this key milestone and are working closely with Motel One to deliver their vision for a new hotel in the centre of Glasgow. Constructed to the highest standards, the building combines the use of high quality materials with our extensive experience and expertise in the hotel and leisure sector.”
Motel One operates 56 hotels across Europe.