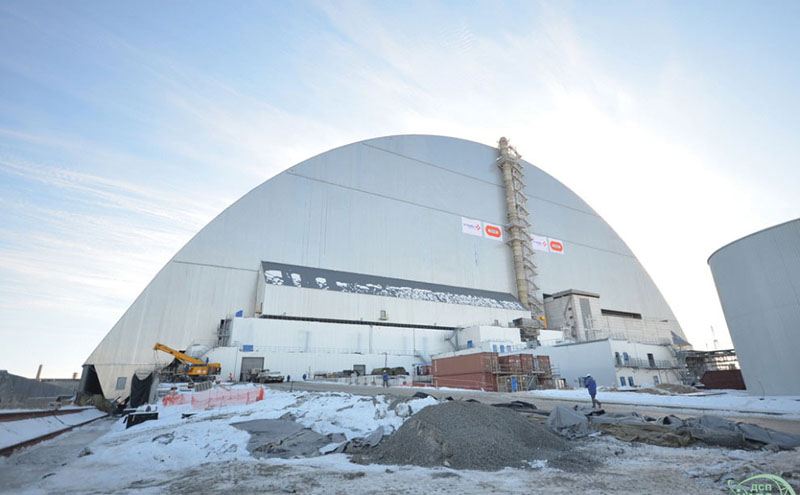 WORK is expected to start later this year on a new solar energy park near the former Chernobyl nuclear power plant in Ukraine after a new steel-clad building helped contain the release of radioactive material.

In April 1986, an uncontrolled release of radiation following an explosion in one of the plant’s reactors resulted in the surrounding area being evacuated. A concrete sarcophagus was built during the process to contain the site and make it safe. However, this temporary structure has deteriorated.

A 29,000-tonne steel-clad arched building was slid across the damaged reactor block late last year to prevent any further release of radioactive material.

Kalzip, a Tata Steel business which manufactures metal building cladding, won the contract for the construction elements of the stainless steel interior and exterior panels of the building. Kalzip engineers formed and installed almost 170,000m2 of cladding.

Kalzip MD Joerg Schwall said, “This was an incredibly challenging project. Our engineers developed a unique building-cladding system to withstand a magnitude 6 earthquake, tornado-strength winds up to more than 200mph and temperature extremes ranging from -43C to +45C.”