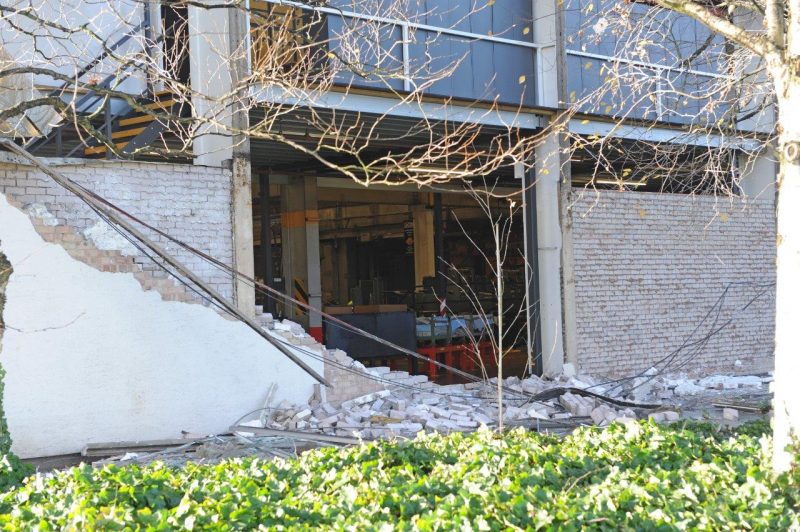 The construction equipment manufacturer said hurricane force winds tore into the side of the factory where backhoe loaders are produced in Rocester, causing a wall to collapse and windows to fall to the ground.

Production was halted for 30 minutes while safety checks were carried out. Clear up operations then began and the area beyond the wall declared safe for production to continue.

JCB said no-one was injured in the incident and the area has now been cordoned off.

Richard Williams, JCB backhoe assembly manager said, “I was about 30 yards away at the time and I heard an enormous crash. I turned around and saw the wall and the windows had come out and a big whirlwind of leaves and branches blowing around outside. Luckily no-one was in the vicinity at the time.”

A JCB spokeman added, “Shortly after midday the skies blackened and powerful winds moved in, literally whipping up big waves on the lake at the front of the factory. Employees who have been here for decades said they had never seen anything like it.”