Home Headlines Industry leans towards voting to stay in EU 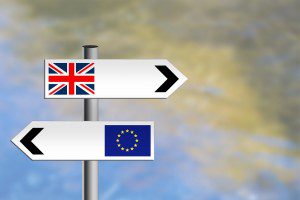 These are the findings of the latest Scottish Construction Monitor, a quarterly survey of the membership of the Scottish Building Federation.

The survey also revealed a drop in construction employers’ confidence about the future outlook for their business compared to the final quarter of 2015. This is, however, the eleventh consecutive quarter in which a positive overall confidence rating has been recorded. The rating is now only marginally positive overall having slipped by a further five points to stand at PLUS 3.

Vaughan Hart, Scottish Building Federation managing director said, “The responses we’ve received to the questions related to the EU referendum suggest there is limited interest in or enthusiasm for the European Union amongst construction employers. The results also show that the industry’s level of exposure to the European Union is far more limited than might be the case for certain other industries. The most significant relationship building companies have with other EU countries appears to be through their supply chain.

“But out of the minority of building companies responding who think the UK leaving the EU would have an impact on their business, four times as many think this impact would be negative as those who think Brexit would be good for their business.

“More generally, a further drop in industry confidence this quarter adds weight to the view that 2016 looks set to be a challenging year for the Scottish economy.

“For its part, SBF will not involve itself in the forthcoming referendum campaign. But I would observe that it is perhaps this growing sense of uncertainty about the economic outlook which explains why, on balance, our members are leaning marginally towards a preference for remaining in the European Union when the referendum takes place in June.”