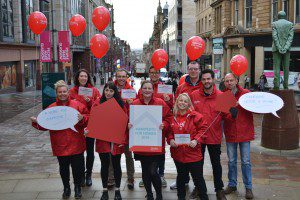 HOMELESSNESS charity Shelter Scotland has urged politicians to address Glasgow’s housing crisis amid fears of a “generational gulf” between the housing haves and have-nots.

The charity launched the Manifesto for Homes ahead of the Scottish Parliament elections in May, claiming over 10,000 households approached Glasgow City Council in the last year about a housing problem, while 6,662 made homelessness applications.

The charity’s campaign comes after a new survey by Ipsos MORI Scotland on behalf of Shelter Scotland revealed that the vast majority of people in Scotland think the children of today will find it harder to buy or rent a home than the generation before them.

Graeme Brown, director of Shelter Scotland, said, “We know from the thousands of Glaswegians who contact us for help every year that people in the city are worried about housing – now and in the future. The housing crisis gripping Glasgow – and the rest of Scotland – risks creating a devastating generational gulf between the housing haves and have nots. The high cost of housing and the stuttering supply of new affordable homes, set against high and rising demand, are at the heart of this crisis.

“Sadly, it is those on the lowest incomes and the most vulnerable people in our society who will bear the brunt of the housing crisis unless drastic and bold action is taken now.  We want to see an end to housing-related poverty and homelessness in 21st century Scotland and our Manifesto for Homes outlines the four commitments we want all politicians to make to tackle our housing crisis head on.

“We urge all political parties to use the 12,000 target for new affordable homes as a benchmark for their ambitions to bring real hope to the thousands of people in Scotland without a suitable or affordable home while also delivering a major boost to jobs and the economy.”

In its manifesto Shelter Scotland outlines four priority actions to tackle Scotland’s housing crisis.  Taking centre stage in their proposals is the need for all political parties to commit to “ambitious targets” for new affordable housing in the run up to the election. The charity is also calling for at least a doubling of the current level of affordable housing supply to build 12,000 new affordable homes each year for the next five years.