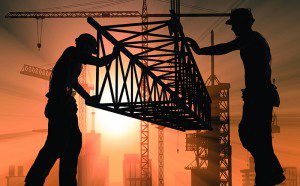 A number of parliamentary questions have revealed a “sharp drop” in convictions following fatal accidents of construction workers, according to construction union UCATT.

The union said the questions were tabled by Stephen Hepburn Labour MP for Jarrow. In response to them, Justin Tomlinson MP, the Parliamentary Under Secretary of State at the Department for Work and Pensions, revealed that conviction rates following a fatal construction accident had fallen from 51% in 2007/8 to just 35% in 2012/13.

UCATT said the fall in conviction rates is despite research from the Health and Safety Executive indicating that in 70 per cent of construction deaths, management failures caused or contributed to the fatalities.

Brian Rye, acting general secretary of UCATT, said, “These aren’t meaningless figures, these are human tragedies. They demonstrate that killer bosses are getting away scot free following the death of workers. Construction workers deserve to know why convictions are so low.”

UCATT said Mr Hepburn’s questions also revealed that since 2005 the average time between a fatal accident and a prosecution being approved was 751 days, although it takes even longer before a conviction occurred. However 30 per cent of cases did not reach the prosecution stage until between three and four years after a worker’s death.

Mr Rye added, “The length of time between a fatal accident and a prosecution is far too long. Justice needs to be done but it must be done more quickly. The families who have lost a loved one should not have their lives put on hold for so long.”

Mr Hepburn said, “These figures reveal there is something terribly wrong in how we are dealing with workplace accidents. From an already poor base we have seen a serious decline in conviction rates and an increase in delays before a prosecution even begins. This is causing human misery and the Government must not turn a blind eye to these failures.”