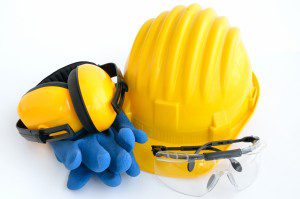 GLASGOW has hosted the first in a series of major events designed to discuss the future of workplace health and safety.

Organisers – the Health and Safety Executive (HSE) – have called on leading industry figures and key influencers to “have a say in shaping the future strategy” and is staging six events around the country, finishing up in London on February 2.

Glasgow was chosen to host the first roadshow in which attendees were asked to come up with ideas on what will help the countries and regions of Great Britain ‘work well’.

HSE said the event coincided with the development of a new action plan by the Partnership on Health and Safety in Scotland (PHASS) to “help strengthen the pattern of ownership and collective effort in continuing to improve health and safety in Scotland”.

The organisation added that every year in Scotland there are an estimated 42,000 new incidences and rates of self-reported illness caused or made worse by a current or most recent job.

Karen McDonnell, head of the Royal Society for the Prevention of Accidents (RoSPA) in Scotland, said, “Partnership working is vital to the future success of the health and safety system in Great Britain, and that is why this roadshow is so promising. Multi-disciplinary partnership working has been fundamental to bringing together Scotland’s business and health and safety networks and this engagement on the future system is the next step forward.

“I understand the future of the health and safety system in Great Britain belongs, not only to HSE, but, to everyone, and that’s why I have agreed to speak at this event that encourages people to talk and exchange views in order to gain a broader ownership of the system as we know it.”

Dame Judith Hackitt DBE, Chair of HSE said, “Scotland enjoys the same record on work-related safety and health as GB as a whole which is undoubtedly one of the best in the world. Ensuring Britain continues to work well is the challenge, which is why we are asking workers and employers to give us their ideas on the country’s health and safety strategy, a strategy for all, shaped by all.”