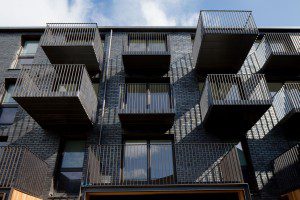 THE urban regeneration of Laurieston, Glasgow, has picked up the Best Regeneration Project prize at the 2015 National Brick Awards.

The judging panel described Urban Union’s work as a shining example on how to regenerate an area and said they felt that this project had transformed the local area.

Craig Kidd, Urban Union said, “Our ambition is to provide quality, desirable housing, creating a new world-class city quarter for the Laurieston community. As such we are tremendously proud to be recognised in this category for excellence in design and construction in brick. The development’s successful progression has been made possible, due to the commitment of our team and partners, including New Gorbals Housing Association and Glasgow City Council, as well as the local community who are working so hard to further develop this vibrant quarter of the city.”