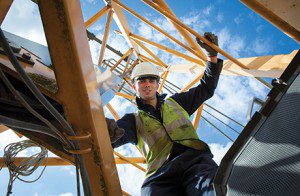 THE Federation of Master Builders (FMB) say the Government’s apprenticeship reforms could indicate a revolutionary new “age of the apprentice”.

This comes following the announcement by Skills Minister Nick Boles MP, that the term ‘apprenticeship’ will be legally protected from misuse.

Brian Berry, Chief Executive of the FMB, said, “Apprenticeships simply don’t have the status they deserve. The Government’s latest apprenticeship reforms are a positive step – in particular, giving legal protection to the term ‘apprenticeship’ should help tackle  its blatant misuse by some organisations in some sectors. High quality apprenticeships should be viewed by society just as favourably as university degrees and protecting the term from misuse will help ensure this is the case.

“The Government’s target of three million additional apprenticeships over the coming five years is suitably ambitious but reforms are required to ensure that these are actually delivered. As construction accounts for around 7% of GDP, it means our sector should be responsible for around 210,000 of these apprenticeships, which equates to 42,000 a year over the next Parliament. Given that the industry only achieved 16,000 in 2013/2014, there is a lot of work to be done.