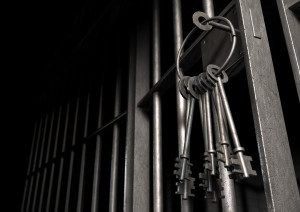 PLANS for  a new female prison in Inverclyde have been scrapped.

New Justice Secretary Michael Matheson has been scrutinising proposals for a purpose-built facility at Inverclyde. During a visit to the highly-praised ‘218 centre’ in Glasgow, he stated that the current plans do not fit with his vision of how to address female offending and that Scotland needs to take a more radical and ambitious approach.

The Scottish Government and Scottish Prison Service will now undertake a period of extensive engagement with key partners with a view to investing in smaller regional and community-based custodial facilities across the country. This will also involve looking at international models of best practice.

Mr Matheson has said the revised proposals must include options for smaller regional facilities for female offenders across Scotland and must be more in line with the recommendations of an expert group headed by Dame Elish Angiolini QC. The proposals will also consider whether there is scope for a smaller facility within the prison estate for the low number of serious female offenders who pose a risk to the community and are given long-term prison sentences.

Mr Matheson said, “Since taking up post as Justice Secretary, I have been looking closely at proposals for a new prison for female offenders at Inverclyde. I’ve also listened carefully to the views expressed by a number of key interest groups. I’ve decided that the current plans for a prison for women in Inverclyde should not go ahead. It does not fit with my vision of how a modern and progressive country should be addressing female offending. We need to be bolder and take a more radical and ambitious approach in Scotland.

“When it comes to the justice system, we must be smarter with the choices we make and be more sophisticated in the way in which we deal with female offenders. As part of an expert group tasked with examining Scotland’s approach to addressing this issue, Dame Elish Angiolini QC made a number of important recommendations, recognising that female offenders have very different needs to their male counterparts and require very specific support.

“We know that women offenders are far less likely to be a danger to the public compared with men. We also know that the families and children of female offenders are more likely to go off the rails and offend themselves if mothers are jailed miles away from home. This turns into a vicious circle, affecting future generations, and is doing nothing to address reoffending. I believe we should be investing in smaller regional and community-based custodial facilities across the country, rather than a large new prison for women. This approach would be more closely aligned with the vision set out by Dame Elish. It also demonstrates the Scottish Government’s commitment to tackling inequalities.

“We need to ensure that links to the family and community can be maintained, whilst targeted work is undertaken to address the specific issue which is fuelling the crime such as alcohol, drugs or mental health issues. The 218 centre in Glasgow provides exactly the type of sophisticated approach that I would like to see as part of our plans for the way in which we look after women in custody.  I share the vision of Dame Elish that we need to transform services for women so that we can help them break the cycle of reoffending and they can start making a positive contribution to society.

“Whilst it is for the Courts to decide who receives a custodial sentence, I believe that too many low level female offenders are sent to prison. I want to take a new approach in dealing with these types of offenders and provide them with the best possible support to help turn their lives around.”