Home News Buyers tee up for The Marine Hotel 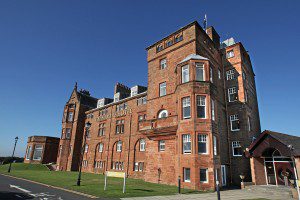 A stunning four-star hotel situated next to the world famous Royal Troon Golf Course on the West Coast of Scotland is set to turn a new chapter in its illustrious history with news that the venue has been placed on the market. Built at the turn of the 20th Century, The Marine Hotel is one of the most well-known and iconic hotels in Scotland, offering spectacular views across the Firth of Clyde to the Isle of Arran and Alisa Craig.

Located at the edge of the 18th hole of the Royal Troon Golf Course, which has hosted The Open Golf Championships on eight previous occasions, the hotel is set for yet more excitement as the event returns in 2016. There are a range of excellent courses all within reach including Prestwick and Turnberry, both of which have previously hosted The Open. 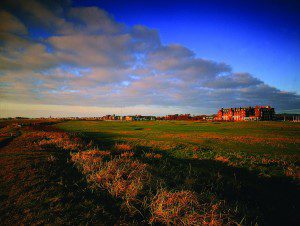 A variety of other attractions, including Galloway Forest Park, Burns National Heritage Park and Cottage, Culzean Castle, Dumfries House, Dundonald Castle and Ayr and Hamilton Racecourses are also nearby.

With an array of deluxe rooms and suites, this beautiful hotel boasts moulded eaves, bulastraded parapets and castle-like turrets. Additional features include a single storey sandstone extension, which houses the swimming pool and Health and Leisure Club and an extensive self-contained conference centre.

Further information on The Marine Hotel is available from: http://www.colliersproperty.co.uk/hotels-for-sale/troon/217272