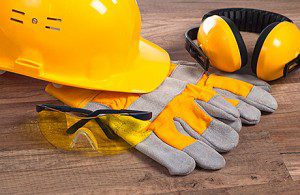 A Lincolnshire timber company has been fined after an agency worker lost the top of his finger in an unguarded machine.

Grantham Magistrates’ Court heard that the 23-year-old was helping to clear a blockage on a woodworking machine at Select Timber Products Ltd’s premises in Donington, when the incident happened in July last year.

An investigation by the Health and Safety Executive (HSE) found two of the machine’s guards had been removed. The machine operator had lifted the main guard to clear the blockage, while a fixed guard on one of the machine’s six cutting head had also been taken off to make cleaning easier.

However, the machine was still under power, so when the worker reached in his left hand came into contact with one of the moving cutting heads. Surgeons had to amputate the top of his middle finger on his left hand. He also suffered severe lacerations to two other fingers and only has partial movement in these and his middle finger.

Select Timber Products Ltd was fined £9,900 and ordered to pay a further £1,193 in costs after pleading guilty to three separate breaches of the Provision and Use of Work Equipment Regulations 1998.

HSE inspector Neil Ward said, “About 30 to 40 similar incidents are reported to HSE every year. Nearly all result in amputation injuries and most, including this one, could have been prevented if the cutters had come to rest before operators approached them. Neither the machine operator nor the injured man had been trained to a suitable standard by Select Timber Products. HSE publishes free guidance for this type of machine but that guidance was not followed.

“Workers should not have been clearing blockages with any of the cutters turning and the fixed guard should never have been removed from one of the heads.”