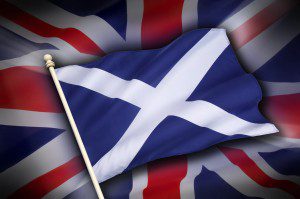 OVER £7 billion of planned construction works could be in jeopardy if Scotland votes to leave the United Kingdom according to new data from construction intelligence specialists, Barbour ABI.

Their information shows that currently £38 billion of construction projects are planned across Scotland; however, with the investors funding these projects headquartered outside of Scotland, the likelihood of activity going ahead as intended may hang in the balance depending on next week’s result.

With a significant proportion of Scottish projects in the pipeline focusing on the renewable energy sector which benefits from a UK-wide subsidy, these projects may be particularly at risk should Scotland vote for independence.

Commenting on the findings taken from its report, Scottish Construction: A Bright Future?, Michael Dall, lead economist at Barbour ABI, said, “In the past 12 months, construction in Scotland has outperformed other areas of the UK, with it having the third highest volume of contract value, only behind London and the South East.

“But with around a fifth of the planned £38 billion of construction contracts in the pipeline being projects proposed by companies outside of Scotland, it’s unsure what will actually come to fruition if it’s a yes vote. In addition, there are a large number of projects in the pipeline in the renewable energy sector which is subsidised by the UK-wide renewable obligation, calling these into question.

“If Scotland does choose independence, it’s likely that negotiations between UK and Scottish Governments will be prolonged and complex, posing a potential risk to both public and private sector contracts and with the lion’s share of planned works being funded by non-Scottish businesses, the currency question will also have a direct impact.

“Next Thursday’s result will certainly lead the construction industry into unchartered territory with potential implications for firms and employees in Scotland and the rest of the UK.”