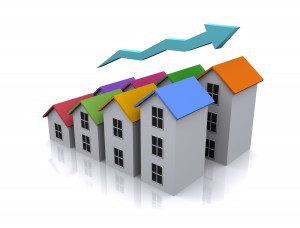 NEW figures show that residential construction accounted for more than a third of the total value of contracts awarded in July, on the back of record-breaking profit reports from some of the UK’s biggest housebuilders.

Barbour ABI, which supplies construction data to the Office for National Statistics (ONS), Cabinet Office and Treasury, has published its latest Economic & Construction Market Review, which shows that residential had the highest proportion of contracts awarded by value in July with 37 per cent of the total – an increase of 7 per cent on the month before.

It follows positive reports from a number of British housebuilders recently, with Bovis and Persimmon recording an increase in pre-tax profits of 57 per cent and 166 per cent respectively compared to last year, and Bellway also announcing a record growth of 36 per cent in forward sales.

The monthly report revealed that the value of all new construction contracts awarded in July totalled £5.1 billion – a slight decrease of 3.2 per cent compared to June. However, construction levels were 6.2 per cent higher than the value recorded in July last year, which economists suggest is further evidence of the industry’s improving performance over the long-term.

Michael Dall, lead economist at Barbour ABI, said, “Once again, residential construction continues to dominate the industry, and it is not surprising to see housebuilders reporting record growth across profit, completions and average selling prices. This is not likely to change as long as the current economic conditions persist and demand remains strong.

“With output in the construction industry flat over the last quarter, mainly due to a very poor month in May, it’s encouraging to see residential construction sustaining the industry going forward. However, growth in other key sectors such as commercial and infrastructure will also need to improve if the industry is to surpass its pre-recession size sooner rather than later.”