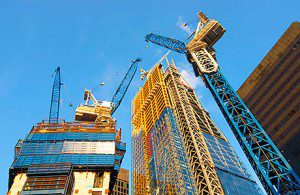 Barbour ABI, which supplies construction data to the Office for National Statistics (ONS), Cabinet Office and Treasury, has published its latest Economic & Construction Market Review, which shows that the value of medical and healthcare construction contracts in Scotland totalled more than £128 million in June. This accounts for 54.5 per cent of the overall contracts awarded for the sector UK-wide, an increase of 41.8 per cent on June 2013.
The report also shows that Scotland accounted for 27.4 per cent of industrial and 25.4 per cent of education contracts in June, an increase of just over 20 per cent on the same month last year.
Michael Dall, lead economist at Barbour ABI, said, “A number of big ticket projects boosted medical & healthcare and industrial construction in Scotland last month, including the Macallan Distillery in Grampian valued at £100 million, the Neuro Science project at Edinburgh Royal Infirmary Clinic worth £72 million and the £46 million Ayrshire Central Hospital Mental Health Hospital contract.
“The award of Scotland’s Schools for the Future projects also gave education construction in Scotland a much-needed injection of investment in June, with state secondary schools the main types of project awarded.”