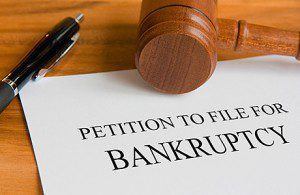 THERE was positive news for the Scottish construction industry today as new figures showed the number of construction companies going bankrupt fell from 18 in the second quarter of 2013 to 11 in Q2 of 2014 and by 18% over the year to June 2014 compared to the previous year.

There were 59% fewer bankruptcies within the industry during the year to June 2014 compared to two years previously when construction sector bankruptcies reached an annual peak of 196.

Scottish Building Federation Managing Director Vaughan Hart said, “This is a further encouraging sign of the construction sector’s ongoing recovery. We cannot afford to be complacent and the recovery isn’t necessarily balanced across all sectors of the industry. We must also not lose sight of the extent to which the industry contracted over the past five years, with approximately 70,000 jobs or 30% of the industry workforce lost between 2008 and 2013.

“We are also conscious of those businesses that have been forced into closure and those that are continuing to sustain trading difficulties. SBF is working hard to support our members to ensure that each of these companies have every chance to remain economically sustainable and are looking forward to a more positive future.  A continued reduction in the number of building companies being forced into bankruptcy will help to rebuild confidence and morale as the industry moves forward.”