Home News Barr takes over to check out at city superstore 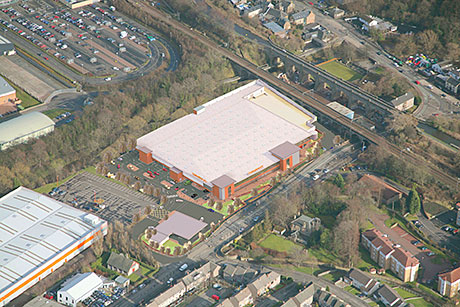 BARR Construction has stepped in to take over an Edinburgh supermarket job after the original contractor went bust.

And it has done the double at the ‘store-on-stilts’ development by landing the fit-out contract from Sainsbury’s.
Property developer Morbaine Ltd initially appointed Patton Construction but work was halted in the early stages when the contractor went into administration. Barr’s team is now on site at Inglis Green Road and plans to complete construction of the shell for Morbaine by the summer.
The store will be almost 100,000 sq ft, comprising retail sales floor, staff areas and a customer cafe. Ground level car parking will be created for nearly 400 vehicles.
Following construction of the shell, Barr will manage the fit-out of the store and its petrol station on behalf of Sainsbury’s.
Paul Griffen, Barr’s construction director, said: “This contract will give Barr an opportunity to prove its commitment to high quality construction and ability to adapt under pressure. We have constructed stores-on-stilts for a number of developers and retail clients across the UK and built up valuable expertise in this area.”
Around 200 workers are expected on site during peak construction activity.
Alex Brodie, director of Morbaine Ltd, commented: “We lost some time when work had to stop on site but were relieved to find Barr Construction would be able to deliver the project to a very similar construction schedule, especially since the development has already been let to Sainsbury’s.”
In 2010 Barr rescued a £22.5m project at Coatbridge College when contractor ROK called in the administrators.

• BARR has also started work on another superstore, this time in Dundee. Erection of the structural steel frame is under way as the contractor moves ahead with its first development with Asda.
Perth firm Kilmac has been appointed for the groundworks and external drainage.
Barr’s operations manager Derek Simpson said: “The preparatory work on the site has been completed and we are moving ahead with bringing the new store out of the ground. The project is going well and we remain on course to complete the store within the programme timescales.”
Design has been completed by Barr’s own in-house architectural team.