Home Headlines Anything goes as city prepares for growth

Planning applications increase after AWPR gets the green light 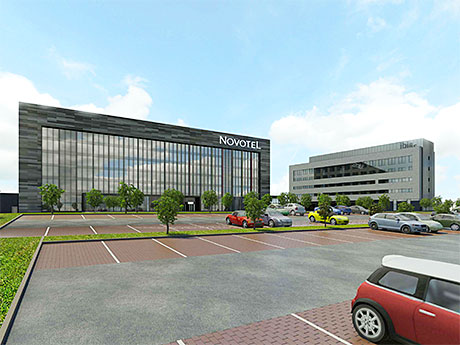 ABERDEEN is to explore “all options” to fund its major infrastructure programme in the wake of approval for the Western Peripheral Route.

Councillors have backed plans for an infrastructure blueprint and agreed that they will consider funding mechanisms ranging from private sector funding to joint ventures to tax incremental financing to get the work done. It’s thought the projects could create up to 25,000 jobs.
The Strategic Infrastructure Plan will identify and prioritise projects, or portfolios of projects, that will tackle the gaps in infrastructure now and in the future. Interest in the city as an investment opportunity has accelerated since the Supreme Court ruled in favour of the Aberdeen Western Peripheral Route (AWPR).
The council said it has received planning applications for major developments that could bring thousands of jobs in the next few years.
An official said: “Aberdeen is recognised as one of the few places in the UK where real opportunity for growth exists. Work to identify and prioritise those infrastructure projects which will support the delivery of the plans, and ways of funding them will now be carried out.
“A detailed Strategic Infrastructure Plan will be developed to deliver the infrastructure opportunities available to the city and outline the need to create a visualisation of how Aberdeen can look once the plan is fully implemented.”
The blueprint will focus on key areas including the city centre, airport, harbour, major housing developments and proposed business parks for the next 20 years. Council officials have been working independently and with other organisations to investigate ways of funding housing, business parks, cultural assets, roads and bridges.
Discussions have been held with a variety of construction-related organisations such as the UK Treasury (Infrastructure UK), the Scottish Futures Trust and the North Hub partners.

Image – Development of the ABZ business park is an indication of development activity in the city. Hotels, HQ buildings and warehousing are being constructed on a site that is already earmarked for expansion.