Home News On the move 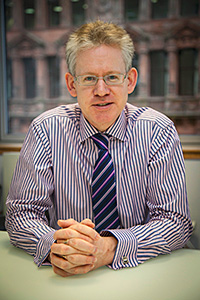 David MacDonald has returned to consultant Turner & Townsend after an 11-year gap to join its UK asset and facilities management team. Previously an associate director in the FM consultancy division, between 1998 and 2001, MacDonald is back in the fold after running contracting companies BAM FM and Robertson FM. He will spearhead the development of the team and allow Turner & Townsend to provide a greater depth of service.
MacDonald, who is based in the Glasgow office, commented: “It is a joy to come back to a company with such in-depth knowledge of the market and to meet a brief which stretches across the UK, and potentially beyond, and provides the opportunity to build on my experience and strengthen areas of the team’s already well-established output.”

Paul Singleton, lead director for Turley Associates’ compulsory purchase order (CPO) and land assembly work, has been elected vice chairman of the Compulsory Purchase Association (CPA). He is the only planning consultant serving on the National Committee.
The CPA is a self-funded organisation which promotes best practice in the promotion of CPOs and the negotiation and settlement of land compensation claims. Singleton has been involved in CPO and land assembly work throughout his career and has established a long track record as an expert witness in a variety of cases and forums, including the Lands Tribunal.